Guitar Chords in a Nation

Chordword is all about helping people learning guitar recognise guitar chord through the corresponding letters in words. We believe that the more you see guitar chord diagrams, the quicker you will be able to recognise what the guitar chord is.

There is no better way that recognising the chord by a letter in a word.

We created the Guitar Chords in Nations theme to celebrate the beginning of a huge Rugby tournament that kicks off in Europe in February 2018. Notwithstanding the rugby championship, we think these are pretty cool designs as well as helping you recognise your guitar chords.

The Six Nations 2018 is a rugby championship played between Ireland, England, Scotland, Wales , France and Italy.

But enough about sport and back to the guitar and learning guitar chords!!!

In the Ireland design, you will see the letter “A” has been replaced by the A major chord diagram. Of course, you will have to learn how to “read” guitar chord diagrams to be able to recognise this as a guitar chord, what the guitar chord is and what you need to do to play this on guitar – be sure to read on for a full explanation of what to do!

If you are just learning your chords, the A Major guitar chord diagram within the word “Ireland” makes it easily recognisable as an A chord – remember we have just substituted the A Major chord with the letter “A”. 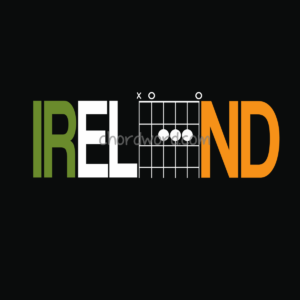 When you begin to learn guitar, practice and repetition of what you learn – whether it is a chord, melody or written guitar music – guitar tablature and guitar chord diagrams – is vital to do to make progress.

Anything that can help you play better is a good thing!

Chordwords – guitar chord diagrams in place of letters within words – help you quickly learn and recognise these chords in a fun and creative way.

Check out the Six Nations below – we have no doubt you will recognise your A major Chord when you have finished scrolling through the gallery. 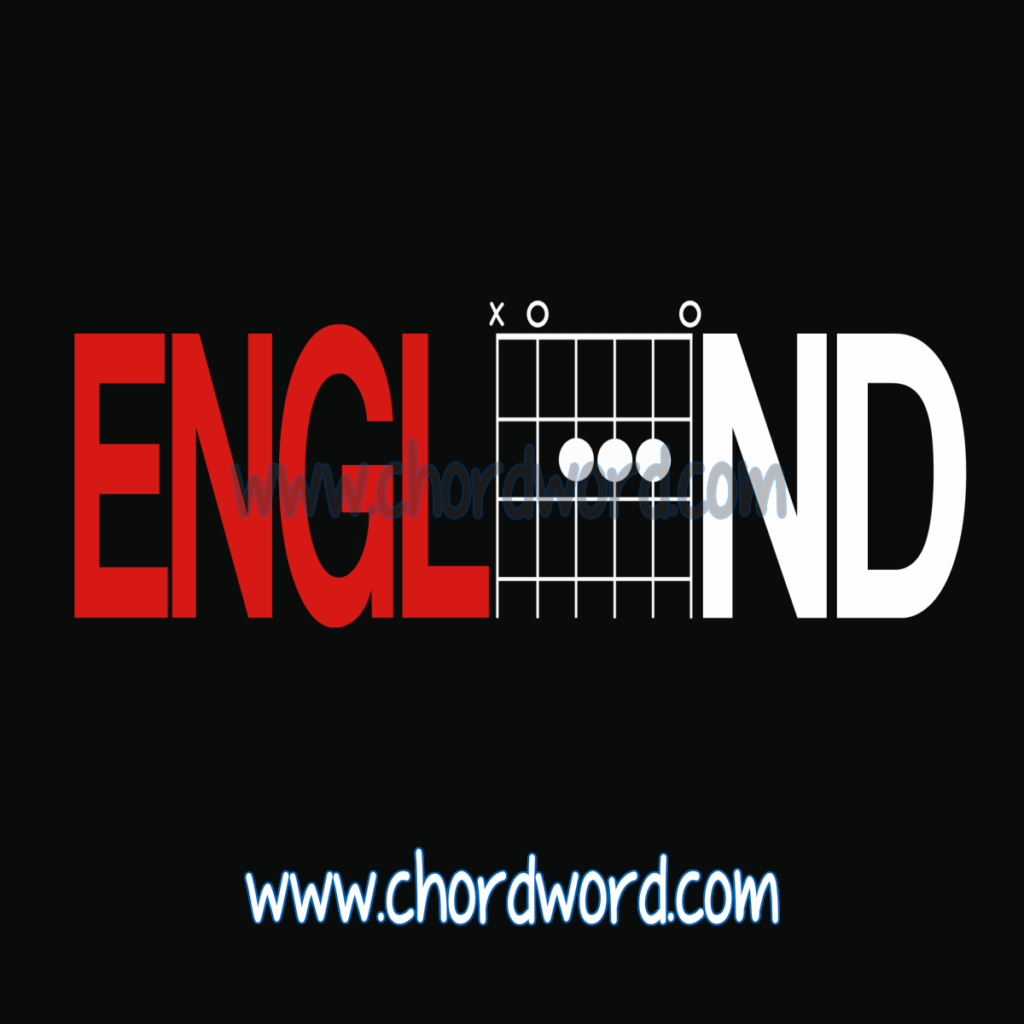 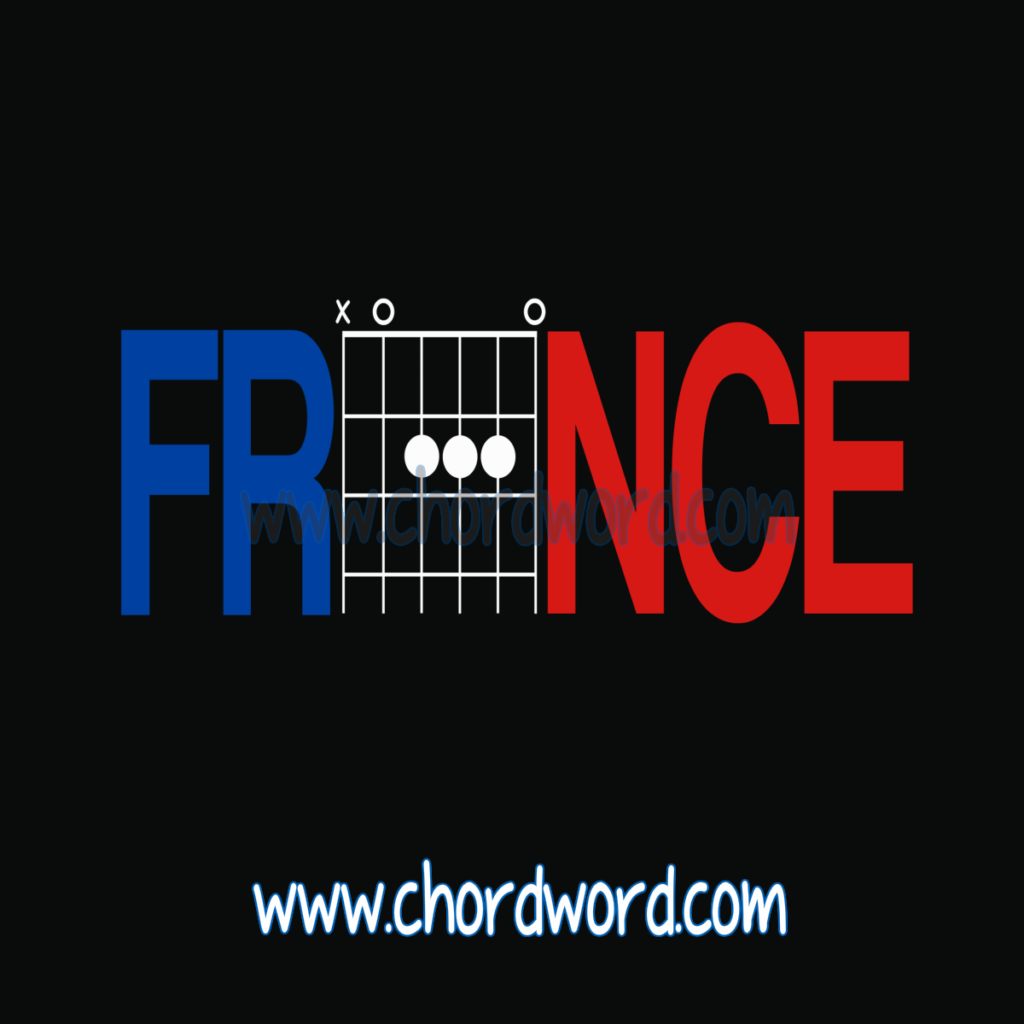 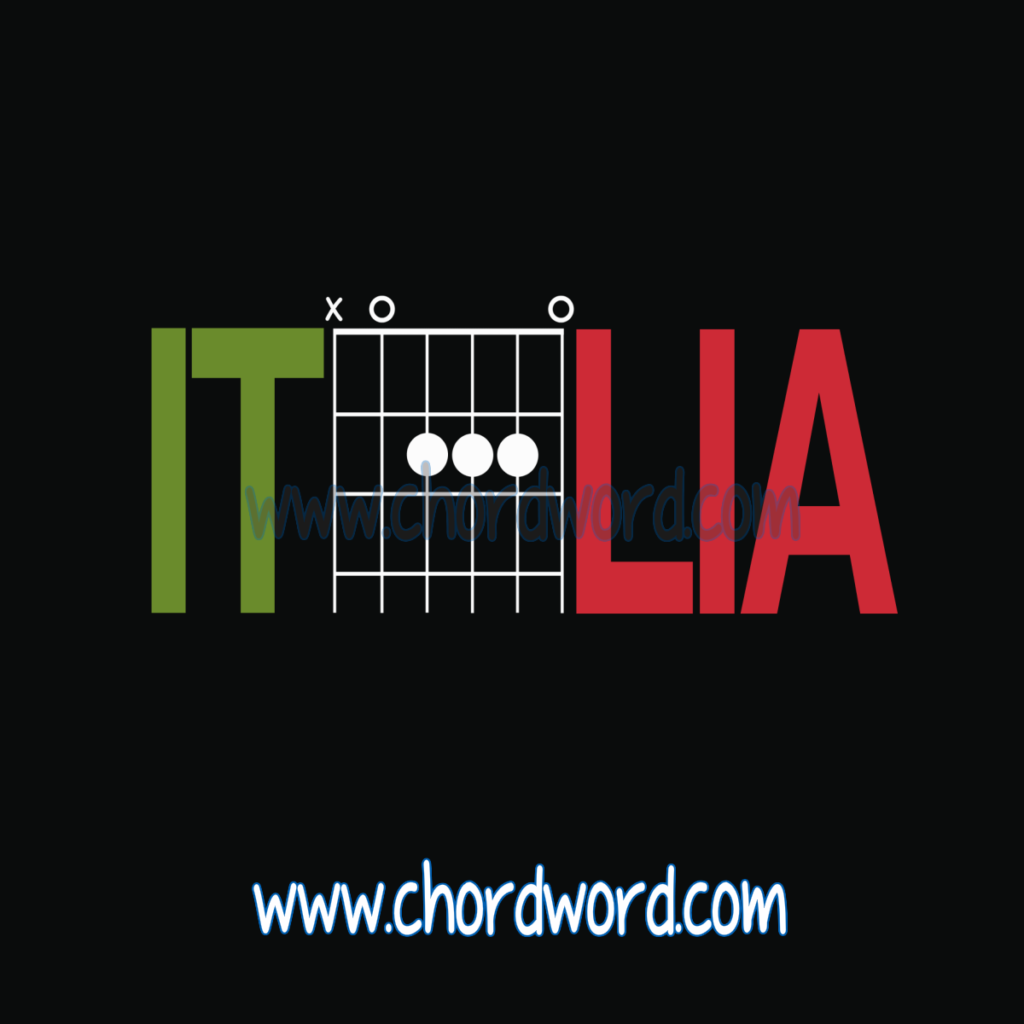 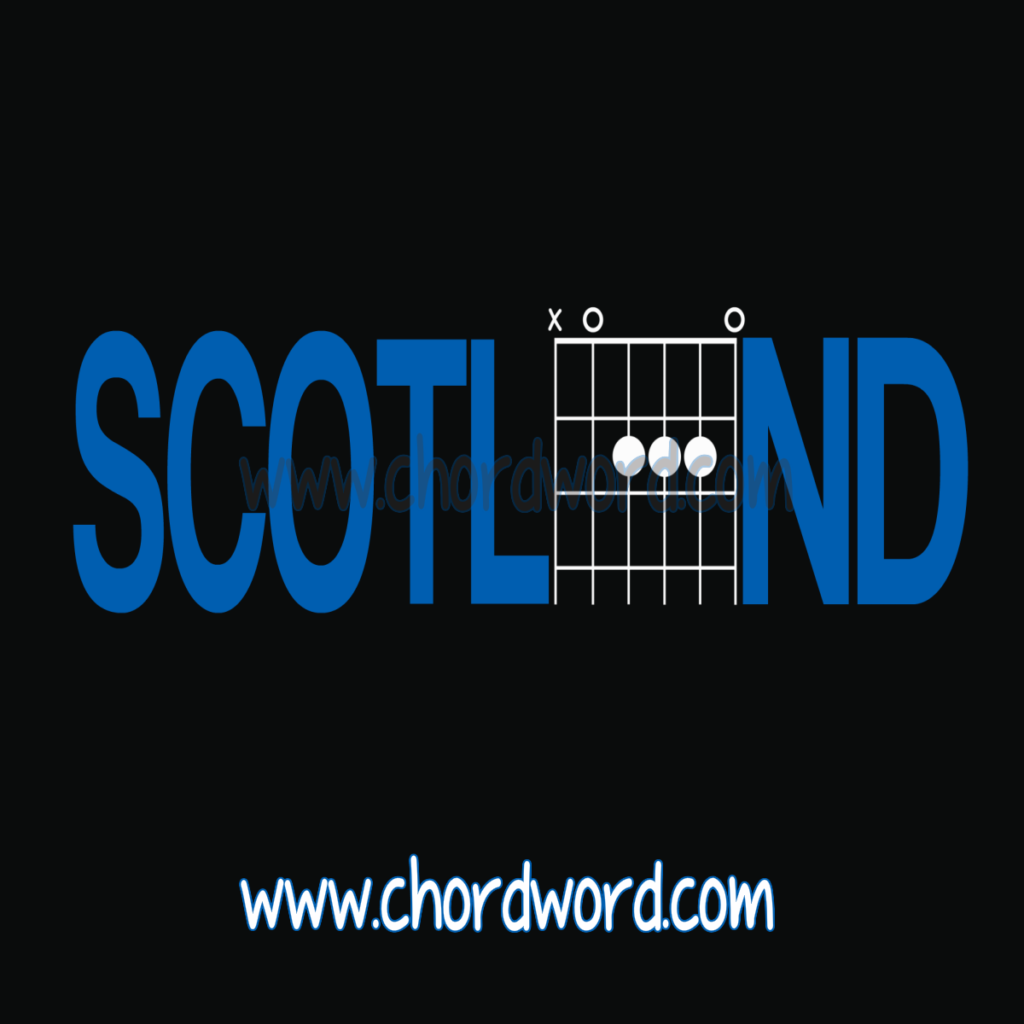 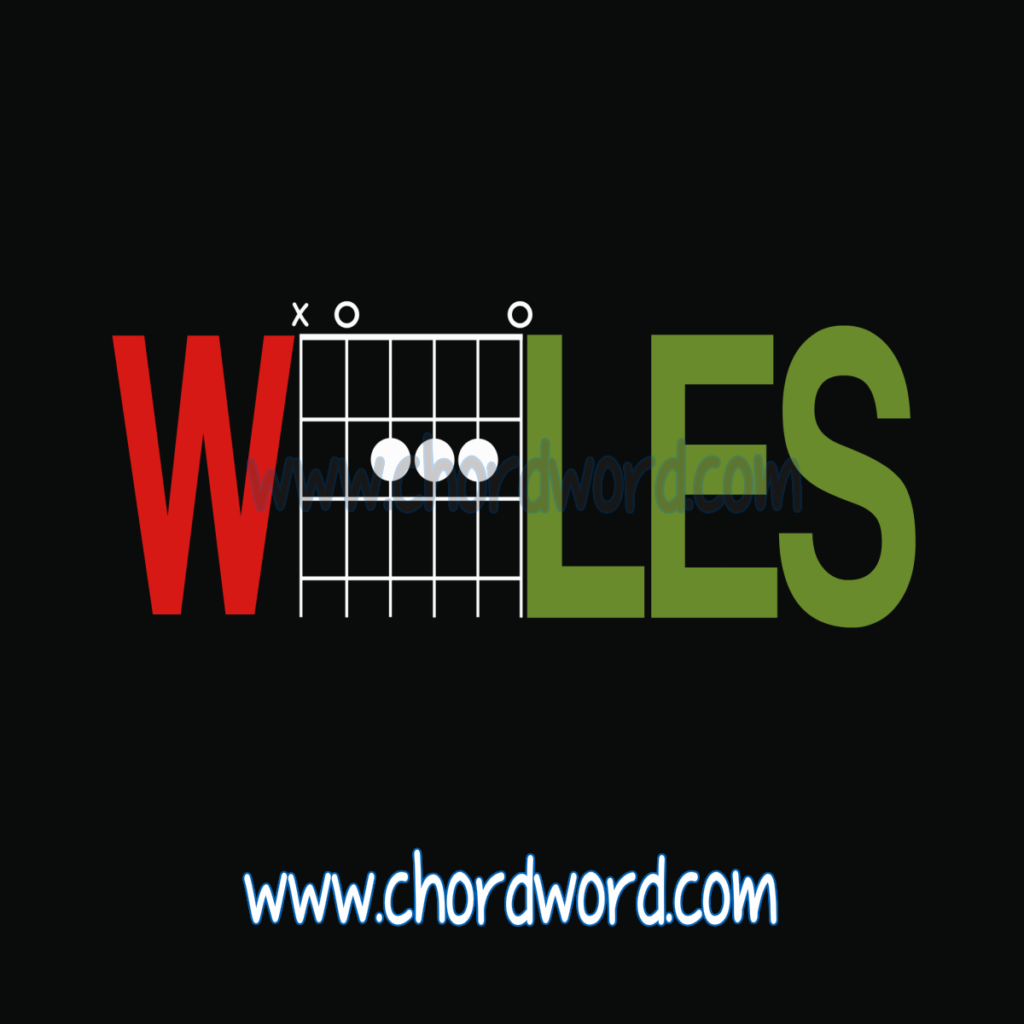 If you like the designs, check out guitar chords shirts designs.

Now let’s take a look at the A major chord in some detail.

Major chords are composed of 3 notes – the root note, the major third and a perfect fifth. For the time being, do not worry too much about the theory and let’s identify what the notes are and how to read and play the A Major chord using a guitar chord diagram. 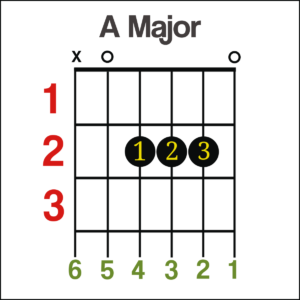 If you are unsure how to read the guitar chord diagram, watch the video below for an explanation on how to use the diagram to work out what string, fret and finger to use to play the chord.

How to read a Guitar Chord Diagram Video

The chord in the video is a G Major chord but the same process can be used for all of our basic guitar major chords.

If you are a fan of rock music, you might just love this Chordword rock t shirt !

So now that we have used Chordword to help us recognise and remember the A Major chord on the Six Nation Designs, explored the notes that make up the A Major Chord and used the guitar chord diagram to try and play the chord.

How to play a A Major chord Video

Let’s take a look at the chord being played in the video below.

Famous songs that contain the A Major chord

It is a little bit of a misleading title because the A major is in so many songs but we have included some famous songs to help you understand that by learning some of your basic guitar chords you are well on the way to being able to play some classic songs.

The A major will feature in all types of music from country to rock, folk to pop.

Here are some famous songs that feature the A Major Chord: